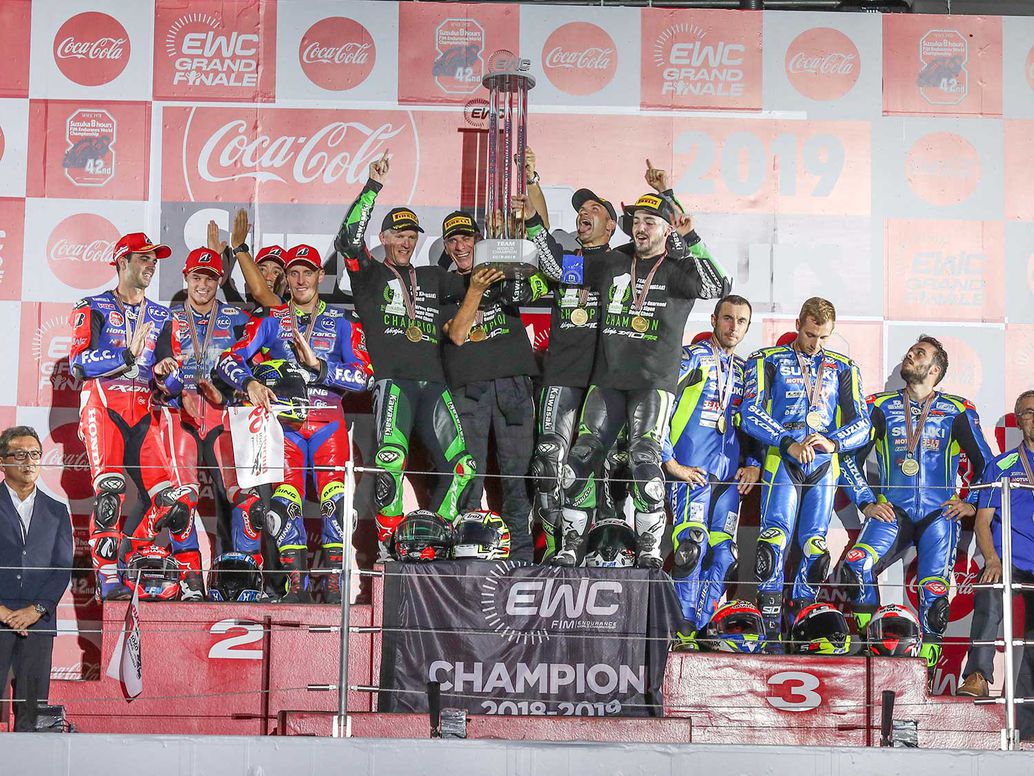 Join Date: Jul 2017
Posts: 233
Mentioned: 2 Post(s)
Tagged: 0 Thread(s)
Quoted: 67 Post(s)
they were set to win the championship up till "6"mins from end of 8hrs of racing ...then the mtr went boom.!
and the twit frenchie riding it then rode across the track several times spreading fluids as he went !
unbeleivable for a professional racer, thats when johnny rey got spat off on said fluids , bringing out the red flag,... finally, as it was a lap or two after the stupid frenchie dropt said fluids, this then caused a whole bunch more farsical events, it was painful to watch
mike d and Barstewardsquad like this.
temporarykiwi is offline
Quote Quick Reply
post #4 of 4 Old 07-31-2019, 11:26 AM
pulsar2
Senior Member


Join Date: Apr 2017
Location: Columbus, OH
Posts: 114
Mentioned: 0 Post(s)
Tagged: 0 Thread(s)
Quoted: 47 Post(s)
There were two Suzuki's that broke down during the race and I think one of them (the one which blew up at the end ) was their endurance racing team. The first hour was great for Yoshimura Suzuki team with Sylvan Guintoli leading most of the laps with a good lead. He did lose steam as they were nearing the first pit stop and it went downhill from there. Interesting strategies from the teams for their pit stops and race pace.
pulsar2 is online now
Quote Quick Reply