Join Date: Sep 2016
Location: Thornton-Cleveleys UK
Posts: 152
Mentioned: 0 Post(s)
Tagged: 0 Thread(s)
Quoted: 56 Post(s)
(Thread Starter)
Gsxr 1000 k7
5 weeks ago a guy did a U turn in front of me and my GSXS1000F was written off after I flew over his roof and landed on my head !
My wife didnt want me to get a bike on PCP ( contract lease ) so I got a bank loan, but couldnt go high enough to afford another GSXS soooo next best thing, the R
I wanted one with flat bars and was instructed it had to have a rack for the wife to lean on a top box when she goes on it 4-5 times a year , ggrrr
So I found this

1 owner from new and only 12000 miles. Had it delivered today and wow!!! people said the GSXS was very similar to the R, WRONG ! its a lot more torquey and slides you back in the seat when the power comes in 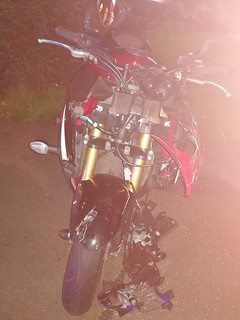 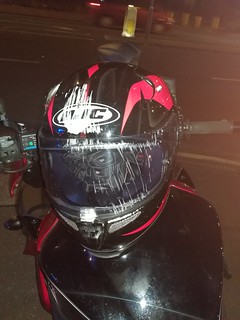 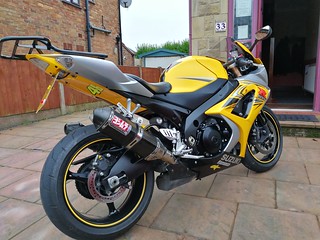 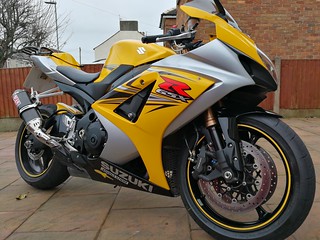 looks like you will have to paint your paddock stands yellow.
unload is offline
Quote Quick Reply
post #3 of 9 Old 11-21-2017, 07:20 PM
LEAVEITSTOCK
Senior Member

I really wish Suzuki had made the F with an unfettled GSXR engine and just geared it down to say 170 mph. It would be the ultimate road sports bike with more power and torque at every point and the ability to rev 2-3k higher for those truly insane moments. It may hace cost 1k more but boy oh boy it would be a cult bike.

Me, I bought the S1000F because I am to old and fat for the GSXR and enjoy the comfort and view an upright riding position gives.

Like your Gixxer too
bking1441 and [email protected] like this.
I know nothing and welcome the opportunity to share my knowledge with anyone crazy enough to take it

Join Date: May 2015
Location: Norway
Posts: 305
Mentioned: 0 Post(s)
Tagged: 0 Thread(s)
Quoted: 108 Post(s)
Garage
Quote:
Originally Posted by Simon W View Post
Me, I bought the S1000F because I am to old and fat for the GSXR and enjoy the comfort and view an upright riding position gives.
"To old and fat.."